The Exquisite Copper Canyon and Some Amazing Paintings By Steve Larsen

For a real treat, check out the website where Maggie has many of her paintings. Can you spot the ones from the Copper Canyon trip? https://kirvenlarsen.com/   (hint, look near the end).

While the Copper Canyons in Mexico are deeper (over a mile/1.6 km) and four times longer than the Grand Canyon in Arizona, they’re very different. The Grand Canyon is larger overall than any of the individual canyons of the Copper Canyon system in Mexico, but Mexico has six canyons: 1. Tom chic, 2. Las Varas, 3. El Comanche, 4. Manzanita, 5. San Juanito and 6. Copper Canyon.  Mexico’s canyons sport far more vegetation and are populated by the Tarahumara Indians, who’ve managed to keep their unique and fascinating culture despite thousands of years of outside pressure.

Most people know the Tarahumara from their long-distance running abilities, outlined in Christopher McDougall’s book, “Born to Run.”  During the 16th century, they retreated deep into the canyons to escape the Spanish conquistadors. They have remained largely isolated from the outside world growing corn, potatoes, and beans while living in caves. A complex network of trails links their small communities. Trail running to deliver messages between families is a major part of their lives. Running is also important for hunting animals, as they chase deer until the deer are too exhausted to escape. 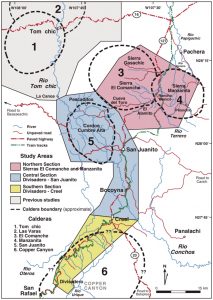 Skip Mascorro of MotoDiscovery, a tour operator, is one of the world’s best-known experts in this part of the world, having led trips here since 1981.  I’ve known Skip for over 20 years. We often talked about his adventures in Mexico and the Copper Canyon specifically.  In 2018, almost a month to the day before my big surgery, we managed to pull together a trip with some of my closest riding friends, including: Roger Hansen, Mark Dilly, Eric Schmid, Kevin Ward and a friend of Eric’s from Chicago, Eric Bauer and my brother Leif formed the core group. We were joined by Kaz Uzunoglu, a good friend and tour operator from Turkey as a special surprise guest of Skip. Skip’s crew included Alex Moore and two skilled, bi-lingual guys who formed the chase crew.

We met in Phoenix on Thursday, March 15, and left the following morning for Douglas, AZ, right on the US side of the border.  Before leaving, Mark and Jeanne Dilly hosted a terrific party at their home and provided rooms for some of the out-of-town riders. Bikes had been shipped into Phoenix the weeks before the ride or trailered in from Salt Lake City or rented locally.

After transitioning from the center of Arizona to its far southern border, we met up at the Gadsden Hotel in Douglas where Skip reviewed the route and details for the next six days. It was a remarkable trip and following are some of the photos.  I’ll try to put captions on some of them.  In general, here is what the riders among you will want to know:

Be sure to tell me if you were able to navigate to Maggie’s website and if you saw her paintings.  Here are some of the pictures (more on the blog): 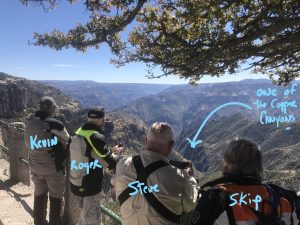 Four of our group stare into down into where two of the Canyons come together. 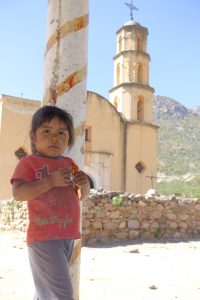 You’ll find the painting that was done from this photograph on Maggie’s website. 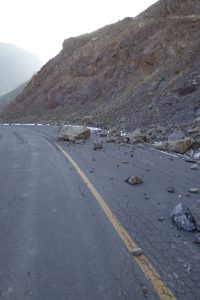 Earthquake damage is cleared on just one lane of the road. 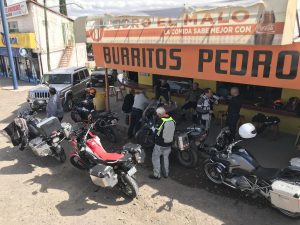 Some of the best food came from small road side stands. 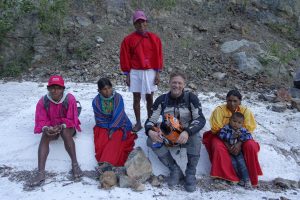 Eric Schmid made friends with many of the locals. 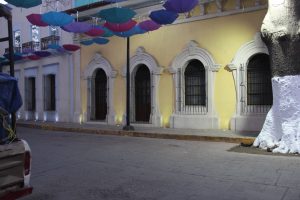 Towns in the bottom of the canyons at dusk were quiet and full of color. 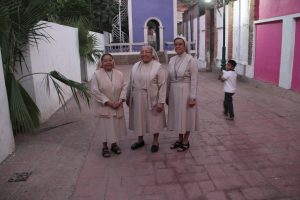 The tallest of these 3 nuns did not reach five feet. 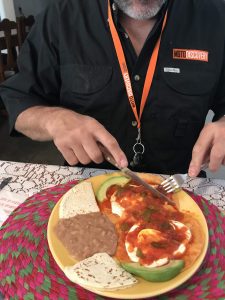 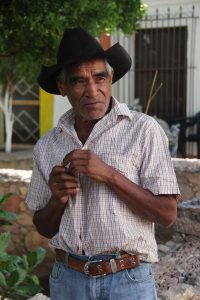 Maggie’s painted a large portrait of this cowboy’s photograph. 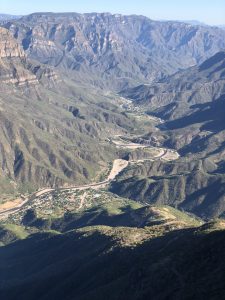 Mexico’s Copper Canyons have more vegetation and less brilliant colors than the Grand Canyon in Arizona.